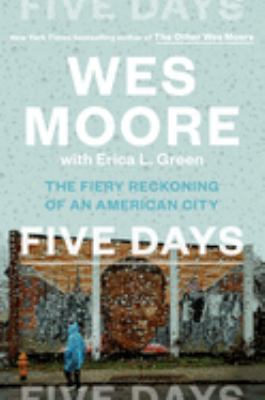 text Five days : the fiery reckoning of an American city

Summary
"When Freddie Gray was arrested for possessing an 'illegal knife' in April 2015, he was, by eyewitness accounts that video evidence later confirmed, treated 'roughly' as police loaded him into a vehicle. By the end of his trip in the police van, G... Read more